Kal Tabbara of the American Association of Notaries (AAN) has graciously allowed me to start writing content for his publications. I have gotten my notary commission renewed through the AAN the last two times.

The membership to this organization is $19.00. All fifty states are represented by the AAN.

The new "Notary Locator" is also a great addition to membership with the AAN.

In order to receive the print version of the AAN's newsletters consider joining.

You can sign up for the email version for free. There are at least two notary articles each month but they are not the same as the print version. The print version is published once a quarter.

From the AAN website, here are the stated benefits of membership:

As a business owner you will find yourself needing more capabilities from your personal computer. Novice mobile notary business owners have enough expenses without having to purchase expensive software. If you have ample word processing and spreadsheet software on your computer, you are all set to start creating marketing materials, doing simple bookkeeping and setting up forms you will need such as invoices.

However, if your software is not powerful enough please make the acquaintance of one of the best kept FREE secrets on the World Wide Web. You can have all the software you need to start your business simply by downloading OpenOffice!

OpenOffice is free open source software which will provide everything you need to properly begin or support your business. If you do not have software on your computer which provides spreadsheets, word processing, presentations, and database functions then I highly recommend that you download and learn to use OpenOffice as part of getting prepared for when your business takes off. You can obtain OpenOffice from this link: http://www.openoffice.org. 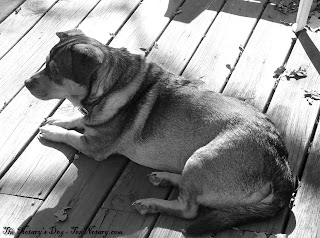 She came to me a ten week old wormy, mangy, stinking ball.. She had one eye which was good but the other was blind and infected due to abuse. Her legs were short and her belly nearly dragged the ground.
I didn’t want her, actually, but I had just lost my husband and I needed a dog in the worst way. This one was special. And fate put her into my lap. She was a gift from God.
She was housebroken almost immediately. She did everything she could to understand what I wanted of her. After the passing of a couple of months and spending around $500 on her injuries Ally was finally clear of parasites; her mange finally healed, the infection in her eye went away and she became a brilliant, loving, grateful dog. The two of us could speak to each other with our eyes. She's the only dog I have ever experienced that with.
When I started the notary business, so did she. She announced the comings and goings of clients and delivery men. She rode on short trips to drop off packages. Sometimes she went on late night appointments with me and waited patiently in the car while I completed a task. While the car was moving she loved to stick her head out the window and feel the air rushing across her face. Often I drove down city streets slowly early in the mornings to get her a treat from McDonald's or Whataburger before there was traffic just to please her; she'd stick her head out the window and take everything in with her one good eye. I used to say that she got more good out of that one eye than most dogs did with two good ones.
She developed storm anxiety in 2006. For nearly three years I have fought it with pills, crates and the like. Nothing worked. On Friday, there was a storm and she was beyond containing. I had her put to sleep. I did not drop her off at the vet’s office. I took her in, held her close and they gave her morphine and valium to relax her. When she was sound asleep they gave her the fatal shot. She died in my arms at 3:47 pm, April 17, 2009.
Some may argue that I could have given her away or gotten a much more expensive stainless steel cage for her but what where would that leave her? Another home might lose patience with her and beat her or take her to be euthanized without loving her.. Another cage would only keep her contained while she lost control of her mind during storm and fear overtook her bodily functions. It happened once and she was humiliated that she had to be found after soiling her crate.
No. She was my baby girl and my best friend. She deserved to die with dignity and with my love surrounding her and with her head on my shoulder.
I mourned her passing all weekend. Turned down two notary assignments as a result…and I am okay with that. Finally on Sunday I was able to pull it together again.
Rest in peace little girl.

If you go "mobile" with your notary business you really need to take a look at these. They are perfectly acceptable for Texas notaries to use as a supplemental journal. With a small pocket sized notary seal and one of these little pocket journals I can notarize anywhere, anytime without warning. They are so small I keep them in my purse so I am ready at all times to notarize.

From the American Association of Notaries which sells this little Pocket Notary Record Book, the descriptions is as follows: "Accommodates 30 entries. Can be easily carried in pocket or purse. Meets legal requirements for Texas Notaries. Can be used as a primary or supplementary record book. Includes complete instructions."

Click on the image or this link to see where you can order the pocket-sized journal.
Posted by Brenda Stone at 6:19 PM 1 comment:

Sneak Peek: Here is a synopsis of a few of the articles soon to be available for your inspection if you are a member of the American Association of Notaries--

Is Being a Notary Signing Agent for You?
If you are thinking about moving your mobile notary business into a new arena you will find interest in this article.

Home-Based Notary Work
This article goes into detail regarding my personal method of accepting notary work at my home and addresses the issues which you may be causing you to reject this type of work. It's practically "free" money. Don't turn it down!

About Pricing Your Services...
Gives a method of coming up with fees for local mobile notary assignments.

Can you notarize this photograph?
Oh that pesky question that notaries get so often. I go into detail on how I handle these requests so that a workable solution is often reached.

If you are a member of the American Association of Notaries you will receive the Notary Digest each quarter.

Have a Happy Monday!

Your Texas Notary Publisher reporting from College Station, Texas....
Brenda
Posted by Brenda Stone at 4:06 AM No comments:

I have a sample form binder that I keep loose notary certificates in. That way when someone comes to me needing something notarized they can select the form of notary certificate that I will complete for them.

I printed out the Texas notary certificate samples from the Texas Secretary of State.

Then, I made several of each type, slid them into vinyl pockets that fit into a binder and I have them ready for those documents which need a certificate and do not have one.

How, you might wonder, do I know that something needs a notary certificate if one is not already attached?

I don't. But the clients ask for it and I show them what I have. This process is acceptable according to the Texas Secretary of State.
Posted by Brenda Stone at 7:06 PM 2 comments:

I know people think I am crazy because I accept this kind of work. A woman I used to work with once said, "I don't tell anyone I am a notary because I don't want them calling me at home. $6.00 just doesn't motivate me to do it."

I totally get that, but I have developed a method of doing it that makes it quite a breeze. The secret to doing it is streamlining the process. I just finished an article on how to do that which I will be submitting to the association I will soon (hopefully) be writing for. If they reject it for some reason, I promise it will be available to you here in the near future.
Posted by Brenda Stone at 7:01 PM No comments:

If all goes as expected, I will publish regularly...

here and in the Notary Digest, the quarterly publication of the American Association of Notaries. I will also assist with the monthly enewsletter which you can receive by signing up...for free.

This association has its corporate headquarters located in Texas but is a national association for notaries dedicated to notaries and signing agents.
Posted by Brenda Stone at 6:45 PM No comments:

If you write a blog for notaries, send me a link!

Linking to your blog would be my pleasure.

I am still trying to figure out the Blogger-blogosphere tools which can be utilized with this blog but I know know (or I think I know) that exchanging links is a good thing. You can send your link in a comment or you can email me through the email you will find in my profile. I look forward to it. I intend to monitor the comments before allowing them to post so be patient. I will post it after checking out your blog site.
Posted by Brenda Stone at 6:28 PM 2 comments: 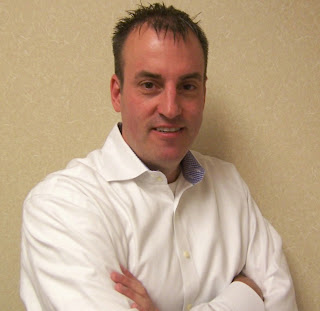 Alex Yvonnou is a Detroit, Michigan notary. Though I only know Alex through an email relationship, I consider him a friend and notary ally.

My first blog entry is to honor him because Alex is quite the blogging expert; he is someone I can learn so much from. Just take a peek at his blog, Detroit Notary, and you will see what I mean. Frankly, I'm jealous. I have never had that kind of talent--not the layout ability, nor the writing ability. If you have ever visited one of my websites you can quickly see the difference between a writing pro like Alex and my...um...er...attempts. I guess I could describe myself as a folksy writer. I write too personally and on a whim when the mood strikes me. Alex, in comparison, writes like a professional.

His blog is tight, insightful and one of the best on the web for notaries who want to keep up with the peripheral world of things relating to being a notary signing agent.

As I begin my endeavor with my new Texas Notary Publisher blog...well, Alex, I'll be watching you...and learning.
Posted by Brenda Stone at 5:42 PM No comments: